[AURORA 7] origin from the novel, it overthrows the traditional Fairy Tales story, where the ***e of the story -Aurora is to gather all Power of Lights from 7 princesses of different Fairy Tales in order to save the world!1. Overthrow the Original World of Fairy Tales
- Crossover into the unknown world, Aurora and battle between Light and Darkness to save the kingdom!2. Collect All Classic Fairy Tale Characters
- Collect and train heroes from a wide variety of choices including Red Riding Hood, Belle, Rapunzel, Alice, Little Mermaid and many more!3. The Power of Light and Darkness!
- Light & Dark inside you, what matters is the part you choose and act on!4. Immerse in an Epic Team PVP!
- Solo PVP, Team PVP, Guild Wars, challenge your opponent in all sorts of battle mode!5. Exciting Game Events!
- Variety of game events, which includes challenging the Giant from "Jack and the Beanstalk"! 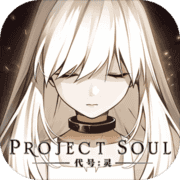 [AURORA 7] origin from the nov

[AURORA 7] origin from the nov