About game
For the time being,Animal Adventures was created by a one-man team called the Grape Team. Animal Adventures is a super cute casual animal appearance, but it is a faster - paced elimination of adventure games. (In the creative stage for perfecting battle，I've referred to Hero Emblems(PUZ), Crisis Core - Final Fantasy VII(Real-time combat), and so on. Hence I've created a smooth gameplay that combing elimination with combat. It's not a baseless gameplay!About Market differentiationDifferentiated competition.
Currently, there aren't battle with boss in eliminate games simultaneously. So there are no competing works of the same type.But it still retains the traditional gameplay that players like.(There are a lot of three elimination games or similar elimination variants, but there hasn't been a single elimination game that stands out. Animal Adventures shows my determination to shine in the game of the same type.)Innovative gameplay.
Eliminate + Fight with boss + Race. Although the game belongs to the elimination category, it is very different from the aesthetic fatigue elimination games on the market. The playing method is very exciting and addictive.（Added different elimination methods, adventure elements, boss chase and so on）In addition, not only are boss battles still being updated, but the gameplay is still evolving.The reason of seeking cooperation.
The team will continue to develop new games every three to four months so that a consistent output of new products. At the same time, Apple Store is a very powerful market, and it needs unique works, so I hope to seek long-term cooperation to increase the exposure.Subsequent games will be exclusively released and cooperated if the results are significant.Objects and gameplay of the gameObjects—a bear(There are three animals to choose from)
By controlling game objects to explore relics contaminated by demons. Currently, the main map has more than 30 levels, combining elements of secondary exploration.Gameplay
Monsters—There are 41 different kinds of monsters including 30 bossesIn the relic, you will encounter various dragons or the monster that guards the relic, etc. They have their own magic skills.At the same time, The monsters have corresponding artificial intelligence behaviors what I have created.Protagonist (using new pathfinding logic instead of joystick）
Eliminate different colored bricks to deal damage to the boss ，restore health or add a shield.Have different abilities (toys, hammers, missiles, swords, etc.) with shield and health. In addition, the performance effect of random skill system and skill is added. Increase your sense of accomplishment by stimulating a tense game rhythmLovely custom dress up systemRecently, Animal Crossing was popular, and I was fascinated by the decorations collected in various ways. Therefore, I made a relatively complete interactive and dressing system in the game.Take a picture through a screenshot. In the cabin, you can change other cute expressions and dozens of styles of clothing. Click on the screenshot to share your fashion.Interact with the characters in the cabin. Small animals can do all kinds of funny actions such as winning, laughing, crying, and dozens of others. With different facial expressions, there will be more surprisesStore system.After unlocking the three characters, each character can change headgear, backpack, weapons, and various skins (such as Santa Claus, etc.). Different styles can be explored in the interactive modes. I think the choice of macho man and sweet girl will happen to coincide.All of the above can be synchronized to the game. The perfect combination of fashion and entertainment. 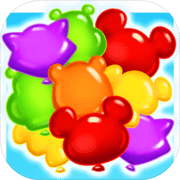 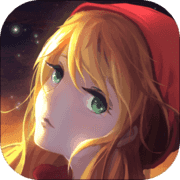 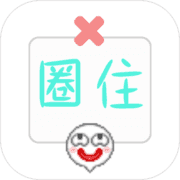 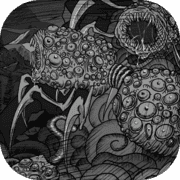 About game For the time

About game For the time