Ten Consecutive Development Licenses, Exclusive Avatar Frame: Time Echo, SR Awakening Doll] will be given away upon completion of pre-registration.
Free [Exclusive: Commander of Doom, SSR Equipment Box] for every 500,000 people who register beforehand.
Additional free SSR - King of Tigers, Fashion - It's late, 30 consecutive draws!EOP Timing Authority Notice - DATE: Aug. 26th,2120).
Even though so many Pandoras have died in the battlefield of the chronological order... we cannot stop the tesseract war...
SPHINX has obtained the key technology document of "chronological positioning" of the Authority's classification level XS in the previous encounter.
The Lion Squadron and Elephant Strike Force, both known for their destructive power, will enter the battlefield to seize the Tesseract!
In order to reverse the impending doom, the Authority now officially declares.
"The Tesseract Wars have begun!
All A-human commanders are requested to take all Pandora-type weapons and join forces with Vulcan Industries and the Earth Defense Force.
No matter the sacrifice, fight for the Tesseract.
Maidens of Pandora, I believe that the other side of space and time will eventually answer your wish.
(File self-destruct program starts...)[First line of voice actors, luxury support]
Yui Ogura (The Perverted Prince and the Unsmiling Cat - Tsukiko Tsubame)
Onigashira Akari(鬼头明里(鬼滅刃の禰豆子))
Uesaka-Sumirei (I want to fall in love even if I'm a nerd - Hayao)
Mizuse Inari(Re: The Otherworldly Life from Scratch - Reim)
Over 50 voice actors are dubbed in!Random EVENT Battlefield
Say goodbye to mindless twitching! The random event sandbox battlefield system allows players to not only destroy enemies, but also rescue teammates, magic box passages, other forces, hidden rewards, boss battles, hidden level key collection, and other objectives to achieve. The Infinite Tactics Combo
Heavy Titan, Medium Titan, Light Titan, Infantry, Captain Armor, Strike Vehicle, and Support Unit, different professions for different occasions, with the sandbox battlefield, you will be able to combine thousands of lineups and skill combinations!
Who says card games are brainless and not fun? Pandora has more than 200 beautiful character cards to collect in addition to a wealth of strategy-building elements! Full-screen pop-ups, fast shooting.
Over a hundred different pop-ups, single, group, full-screen mapping, time-limited support, character cut-in moves, and a variety of pop-up effects to recreate the most realistic tough battlefield! Fingertip micro-manipulation, reverse the game.
The player's reaction is instantaneous with the ability to choose a location when in danger, and the ability to change formation with fingertip gestures. Dormitory Hut】 【Random Decoration
Not only the real battlefield, but also the cozy Pandora Dormitory, where you can decorate your own dormitory in various themes to match the festive atmosphere.
Both male and female gamers will be able to get their favorite game elements in Pandora! Fashionable Fashion, With Your Love.
Wedding outfits, JK sailor outfits, Japanese kimonos, sexy little dresses, summer swimsuits... etc.
With the largest selection of fashion, there is sure to be something you will love! Dress up as your favorite Pandora!The most authentic two-dimensional apocalyptic sandbox pop-up game!
Reverse the future, and it will echo across time and space!
Join 200 Pandora girls as they fight their way through the apocalypse!Facebook Fans: https://www.facebook.com/UJEOP/
Customer service e-mail: online_service@uj.com.twMinimum Android system version：4.2
Mobile phone memory: 2.5 GB minimum requirementEchoes of Pandora" is categorized into 12 levels according to the game's software leveling system.
This game is free to use, and the game also offers the purchase of virtual game currency, goods and other paid services.
The game is free to use, and you can purchase virtual game currency and other paid services within the game.
The game is free to use and the game will be paid for by purchasing virtual game currency and items.
Please pay attention to the game time to avoid addiction. 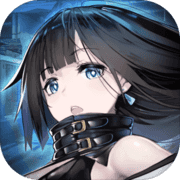 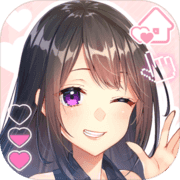 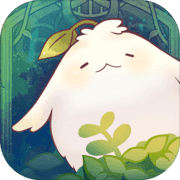 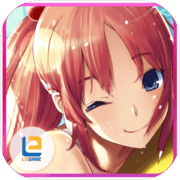 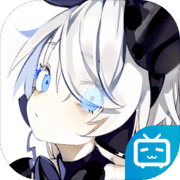