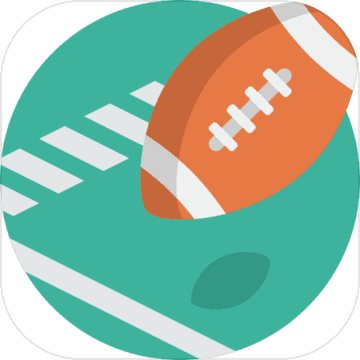 Football Coach is a college football simulator / management game.In College Football Coach, you take the role of a newly hired coach at the school of your choice. Your goal is to win rivalry games, conference championships, and even the national championship! But with 60 teams total over 6 conferences, this task is easier said than done.
Your team will play 12 games in the regular season, which consist of playing all 9 of your conference opponents once and three out of conference games. By navigating to the "GAMES" tab, you can see exactly what your team's schedule is. And by clicking on each game, you can see a scouting report of the two teams (if the game has yet to be played), or a summary of the game (if it was already played). The most important game of the regular season is your rivalry game, which you gain prestige if won or lose prestige if lost.
At the end of the regular season, the Conference Championship is played between the two teams with the best in-conference record. If two teams have the same record, a head-to-head tiebreaker is used. If three or more teams have the same record, the one with the highest poll ranking is chosen. After the Conference Championships, Bowl Games are played. Only the top 16 teams get chosen for a bowl, with the most important being the National Semifinals between the #1 and #4 team, and the #2 and #3 team. The winner of these two games advance to the National Championship where an undisputed champion is crowned. After the season, your team will have gained or lost prestige based on their results versus their expectations, and you move onto recruiting.
When you first inherit a team, you will have a total of 46 players (22 starters) on your roster. Each player has a name, their year in school (from Freshman to Senior), an Overall rating, Potential rating, and three position specific ratings. The Overall rating is just a composite rating of the three position specific ones, while Potential determines how much each play improves during the offseason. You can view all of these players in the "ROSTER" tab, which will include:
2 QBs (1 starter): Quarterbacks, responsible for throwing passes to wide receivers.
4 RBs (2 starters): Running Backs, who run up and down the field.
6 WRs (3 starters): Wide Receivers, who catch passes for yards and TDs.
10 OLs (5 starters): Offensive Line, responsible for protecting the quarterback.
2 Ks (1 starter): Kicker, responsible for kicking extra points and field goals.
2 Ss (1 starter): Safety, responsible for covering opposing wide receivers and causing interceptions.
6 CBs (3 starters): Cornerback, responsible for covering wide receivers to deny them the ball.
14 F7s (7 starters): Front Seven, responsible for stopping the run and putting pressure on the quarterback.
As a coach, you can pick what strategy your team employs on offense and defense as they play through their season. By default both strategies are set to "No Preference", meaning there are no bonuses or penalties either way. But you can change your strategy to any of the following:
[Offense] Aggressive:
- Utilize a more aggressive offense. Will pass a bit more.
- Pass with a lower completion percentage and higher chance of interception.
- However, passes that are caught will go for more yards.
[Offense] Conservative:
- Utilize a more conservative offense. Will run a bit more.
- Passes are more accurate but go for less yards.
- Rushes are more likely to gain yards but less likely to break free for big plays.
[Defense] Stack the Box:
- Defensive scheme with emphasis on stopping the run.
- Will give up more big passing plays but will allow less rushing yards and big plays from rushing.
[Defense] No Fly Zone:
- Defensive scheme with emphasis on limiting the pass.
- Will give up less yards on catches and be more likely to intercept passes.
- However, rushing plays will go for more yards. 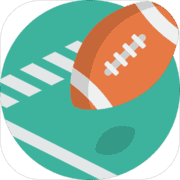 Football Coach is a college fo

Football Coach is a college fo