After the Mega War of Galaxy, the Dark heroes have been forced to retreat to an unknown planet. The wrath towards the Heroes of the universe has never been lesser. To revenge the defeat in Mega War of Galaxy, the leader of Dark heroes “the Red Monkey” has gathered the universal Heroes' DNA and makes the clones out of them.You are now being called to lead Heroes of the universe to defend earth from the invasion of the clones. The clones are slowing occupying our cities and turning them into a stronghold. You need to act fast. Recruit your team, power up, form the right formation and polish your battle strategy. Drive all the Clones out of our cities…Six Brave is a strategical and tactical card action battle game which enable you to recruit your favorite heroes and bring them to the battle ground. Bear in mind, manual battle control is very useful when you encounter stronger opponent in PVE or PVP. Your formation and skills casting sequence will determine the outcome of the battle significantly.
[FEATURES]
LIMITLESS 3D BATTLES
- Combine heroes for powerful combinations
- Stunning graphic effects
STRATEGIC PLAY
- Power Up, Rank Up, and Gear Up to prepare your heroes in their quest to stop the Clones.
- Customize your Team's Formation and manage Skills to strategize for the upcoming battles.
NUMEROUS GAME MODES
- Adventure Mode: Recapture our beloved cities as you train your heroes!
- Battle Mode: Duel with other players to prove your worth.
- Endless Tower: Challenge to your limit as you battle levels of increasing difficulty!
- Daily Dungeon: Gain a variety of Hero Supplements when you show your strength.
By downloading this game, you are agreeing to our Terms of Service and Privacy Policy.
Official website: http://6brave.gamedeft.com/index.action
Facebook page: https://www.facebook.com/gamedeft.6brave/ 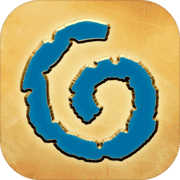 After the Mega War of Galaxy,

After the Mega War of Galaxy,