Dive into the world of the magnificent medieval empire times without requiring an active internet connection and rule your own Princess Kingdom. Princess Kingdom City Builder is a free offline strategy game city building and empires based civilization medieval game where you lead a small town and help steer it to become a huge empire & Royal Princess kingdom of your own. Like all other empire simulator games, civilization in the Princess Kingdom City Builder is based on population. Princess Kingdom City Builder is all about city building a town and farming. Build farms, workshops, shops, labs & grow population who then produce resources for your kingdom so that you can build other things in your ever expanding town. Develop your tiny village to a town than to a grand medieval princess empire with a thriving economy and happy villagers! Build lush green town, city building town houses, marketplaces and decorate your town with impressive statues and lush gardens. You rule the whole empire from your castle and make sure your villagers have fun and stay happy! Build a Princess Kingdom & royal empire of your dreams, the Royal Throne is waiting for you. By growing crops, building houses, and mining, you gain money and energy to develop your city building town. Decorations will make your villagers happy it will make them happy than they work harder and more efficiently in farms. Princess Kingdom City Builder game works in offline mode without Internet.Princess Kingdom City Builder is a blend of RPG & simulator strategy game where you have to do empire building & farming! Build homes for your workers, produce goods in your workshops and farm crops to feed villagers in your empire to build a thriving royal kingdom! You advance your game through different civilization ages and research new technologies to advance your knowledge and skills. You get to build up your city building Town Hall, raise a population, earn revenues from taxes, produce the resources and supplies, raise the living standards of your community and research different civilization ages. Take charge of production on one of your many farms for your princess kingdom, order your villagers to gather resources, such as gems & gold to keep your kingdom growing! Collect, produce and trade resources to build up your castle and expand it into a mighty fortress! Princess Kingdom City Builder is a free offline city building strategy game and empires based civilization where you manage a small town and help steer it to become a huge Princess kingdom of your own. Prosper through differnet civilization & make advancements in the technology to ultimately become a hub of trading activities in a thriving community of your villagers.Features:
- Free Offline City Building simulator Game.
- Build your town and advance it to become an advanced royal city.
- Start from an old age civilization and evolve into a modern community.
- Construct factories to produce Tools, Jewelry, Armor and other goods.
- Discover new territories and expand your town beyond your boundaries.
- Make your citizens happy to produce extra in less time and grow faster.
- Stunning graphics which bring the complex world to life.
- Tons of items, characters, buildings, and decorations.
- A huge variety of adorable buildings.Disclamer
* This game is free to play, but you can choose to pay real money for some extra items, which will charge your Google account. You can disable in-app purchasing by adjusting your device settings.
* This is an offline game. Game state and data will be lost in case of game data deletion, mobile reset and a change of device.
* Advertising appears in this game.CONTACT US
If you have a moment, feel free to rate and review our app. We'd also love to get your feedback to our email: [email protected]About Happy Baby Games
Join us: https://www.facebook.com/HappyBabyGames
Watch us: https://www.goo.gl/47qTZ5 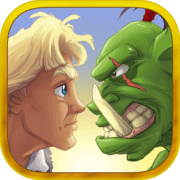 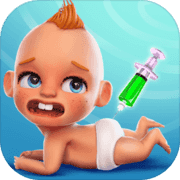 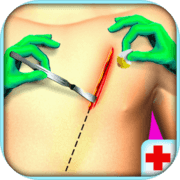 Dive into the world of the mag

Dive into the world of the mag