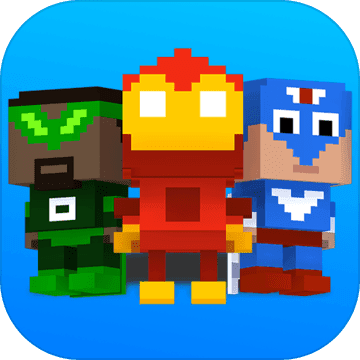 Welcome to Block Battles: Star Guardians, a fast-paced, super fun and competitive online top-down shooter.Jump into block battles and brawl with friends and foes in online PVP wars. Unlock 8-bit gear and outfits after the battle to protect your Star Guardian on the battlefield. Gun for the top of the online multiplayer leaderboard ranks and force your friends to admit you’re the best blocky shooter in the galaxy.Block Battles: Star Guardians Features:— INTENSE BLOCK BATTLES —
› Got nimble thumbs? Block Battles: Star Guardians gives all the power to the player.
› Jump, move and shoot freely about the battlefront.
› Block battles mean no auto-aim. No click-to-move. Just you and your arcade shooter abilities.
› Use your pixel gun to spew gun fire over the battlefront while your shields to regenerate.
› Jump from the black of the shadows, grab a power up and force your score to the top.
› Block battles can happen across four different areas of the galaxy: Forrest Bunker, Black Ice Base, Desert Halo and Unknown Battlegrounds. Additional maps will be added with each update.— ONLINE MULTIPLAYER GAMES —
› Online PVP against friends and foes around the world.
› Online multiplayer games mean no one is safe – outlast everyone and prove you’re the best.
› Play in real time with other players and collect epic loot from winning battles!— CHARACTER CUSTOMIZATION —
› Block hero can be customized with new blocky costume pieces.
› 8-bit costume pieces can be customized, mixed and matched to show your unique style on the battlefront.
› Be a blocky shooter that looks like the cutest or deadliest looking player in the galaxy - it’s your call.
› Give yourself an awesome online name that will strike fear into the hearts of your foes.— FAME AND GLORY —
› This blocky battlefront needs a hero. Is that hero you?
› Pwn your friends and AI bots. Rise to the top.
› Block Battles: Star Guardians is fully enabled for Google Play leaderboards.
› Jump after your friends’ scores or go for the glory of ranking on the global leaderboards.Answer the call of duty and engage in online multiplayer games with friends and foes around the world in Block Battles: Star Guardians. Battle in real time and top the leaderboards to prove you’re the best block hero there ever was.Download now and enjoy this intense 8-bit shooter!V 1.0 Levels
-----------------
Forest Bunker - A small planet-side special ops base with 2 bunkers. Hide amongst the trees or occupy the bunkers.
Black Ice Base - An abandoned research facility used in the rebel wars. Force your enemies out into the cold!
Desert Halo - A desert outpost stationed at the battlefront of the galaxy. Face your foes in the desert heat!
Unknown Battlegrounds - A war torn lava planet. Rain fire as the greatest player!v 1.0 Power-Ups
----------------------
Shotgun - A brutal spray weapon that is devastating at close range.
Laser - A special ops weapon that cuts through foes quickly.
Overshield - Forms a protective halo around the player letting health regenerate underneath. 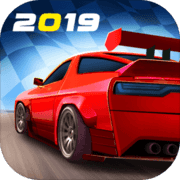 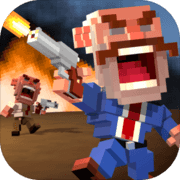 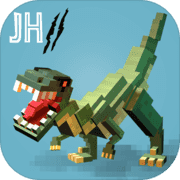 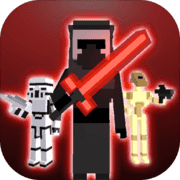 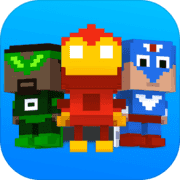