[Recommended Device]
iOS 8.0 or later. Compatible with iPhone, iPad, and iPod touch.
Android 4.0.3 or later【Contact Us】
If you have any questions or comments regarding "War Song", please contact: support@warsong.jp
※ Japanese only available

Play with friends and sing a song for victory!
"5 vs 5 enemy team destruction team battle"● game outline
"War Song" is a MOBA-based title developed and operated by SIXJOY. More than 20 characters with distinctive roles appear, and you can enjoy a fair real-time match with up to 5 vs 5 players. Fight the opponent on the map, attack the tower or turret, and finally destroy the opponent's crystal to win.● Story
~ Shinshin War ~
The war did not bring peace to this land as early as eight years from that war when the Heilicht chatter defeated the Heldes empire and blocked the secession of the gods.
Countries were barely balanced, but could be broken by slight power fluctuations.
At the same time, an ancient archeological island was found in a certain sea.
Not only the essence of the infinite knowledge of the ancient sorcerers, but also the way to manipulate the gods were written in the ruins.
This mighty power will undoubtedly shake the heavens and earth.
Adventurers, soldiers and mercenaries from all over the world landed on this island with their thoughts in mind.
What are you waiting for them ...?-------------------------------------------------------- -----------------------------------
● Features of the game◆ Fight with your friends and fight! "Enemy forces destruction team battle"
The trick is to move the team efficiently according to the structure of the map, the arrangement of facilities of the enemy and allies, and the movement of the enemy. The role combination of team members becomes important, and the strategy game is also high.◆ Operation is simple and can be enjoyed by beginners
The movement in the virtual pad is smooth and intuitive, the attack button to attack the enemy (press and hold continuous attack), the skill button and other UI layouts are optimized for the mobile device, making it possible to play simple and stress-free . Even MOBA game beginners can improve in a short time.◆ Attractive heroes
Over 20 types of heroes from various races, including knights, guardians, wizards, elves, and more! Skills also have different capabilities such as physics, magic, and control types. In addition, several avatars are prepared for the hero, and the back story is also substantial.◆ Take advantage of the role of the hero
The heroes that appear have 6 types of roles, Tank Fighter, Assassin, Mage, Marksman Support, and what roles are combined for each team and when to activate skills, The multi-battle in which the battle situation changes every moment is glowing!【To recommend】
・ If you like 3D action RPG
・ If you like real time competitive game
・ If you like multiplayer games that you fight with your friends
・ If you like to fight while thinking about team structure and strength
・ If you are looking for an app with a beautiful graphic RPG action game
・ If you like online games and competition games
・ If you want to play 3D action game
・ If you want to enjoy the online battle
・ If you like trading card games (TCG)
・ If you like real time strategy game (RTS)
・ If you are interested in MOBA games and e-sports
・ If you are looking for an online RPG game that you can play completely free
・ If you are looking for a new sense of 3D action game 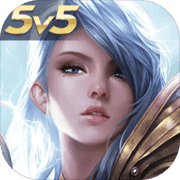 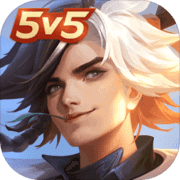 ShadowSeven - 5vs5 Turn based
Strategy

Play with friends and sing a s

Play with friends and sing a s