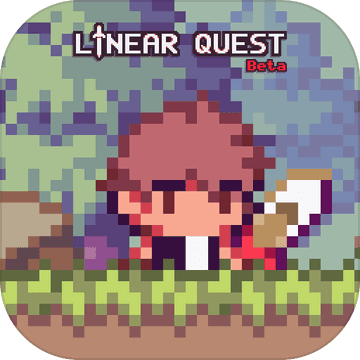 This version is not compatible with android 6.0 marshmallow. We released another version of Linear Quest beta which should work on Android marshmallow 6.0+ devices:
https://play.google.com/store/apps/details?id=com.rasanenl.linearquestmNotice: When playing online, the game may use great amounts of mobile data! The game also shows optional video ads which may use a lot of mobile data when caching them.
----------------------------------------------------------------------------------------------------------------------------------
Linear Quest is an action RPG where you try to progress forward. Level up your character, gear up, learn new skills and fight tons of monsters.New content will be added as soon as it has been properly tested. We hope to release new content as soon as we can. We are developing the game on our free time so it will sometimes take a while to make an update.Helpful videos for beginners in our twitter page:
https://twitter.com/raslau89Features:
● Adventure forward and fight many kinds of monsters and duel it out with even bigger boss monsters!● After defeating a boss monster, tap the boss statue to fight tougher versions of previously seen monsters and challenge even harder bosses!● Fight monsters to earn experience points and level up your character! Each level up improves your HP, MP, gives you 3 status points and 1 skill point. Status points can be used to increase your attributes in the status menu and skill points can be used to learn skills in the skill menu.● Simple battle system where you attack monsters automatically when near them. You can move backwards to avoid attacks. Enemies can't move so use distance to your advantage!●The upper half of the screen views the game world in which your character moves and fights. The lower screen is for all the menus. Below the menu screen you can find the menu lock, map, autowalk, quest, reward video, online play and gem shop buttons.●Do quests for more experience points and gold! Some quests even reward you with potions and equipment!●You can play either as a male or female character and choose different hair colors and later hair styles for you character! You have a total of 3 save files so you can make 3 different characters.●Try out all weapon types (No weapon, Dagger, Sword, Rod, Bow), attributes (Strength, Intelligence, Vitality, Dexterity, Agility and Luck) and skills in different combinations and find your own play style!●Hotkey system where you can drag your skills and potions from the other menus to you your hotkey menu and use them with one tap. Move and drop your equipment similarly. You can also double tap a skill or a potion to use it in the other menus. Double tapping equipment in the inventory equips them.● Autowalk button that lets your character to move independently in the current direction if you just want to let your fingers rest for a while● Unlock and learn new skills to aid you in battle, can you find them all? Skills can have different kinds of requirements to unlock them, some are gained from leveling other skills and some can be learned by mastering a certain weapon type for example.● You can play co-operatively online with one other player if you happen to meet on the same map, just tap the online icon near the bottom of the screen to start looking for other adventurers! Tap it again to go back to solo play.Thank you for playing! Feel free to leave comments and suggestions about the game.Permission usage:
READ_EXTERNAL_STORAGE
WRITE_EXTERNAL_STORAGE
are used for saving and loading the save files of the game.WAKE_LOCK
is used to make the game screen stay on while the game is being played.ONLINE
is used for co-op online play and for loading and watching the optional reward videos.

View History
-Added PvP area to the game. You can purchase PvP Tickets at shops. Double tapping the ticket will warp you to PvP area. Tap other players in the area to ask for a duel.
-Added a challenging new area, new equips, new gem shop items
-'Magic shield' now blocks magic attacks correctly
-Increased HP recovered from pets HP regen skill
-You can now see how many players are online in your current area
-'Curse' status effect now drains more mp
-Fixed a lot of bugs, thank you for the feedback 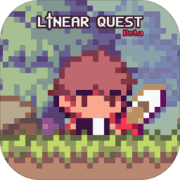 This version is not compatible

This version is not compatible